Skip to content
Home/Green Energy, Solar Panels/Solar Cells: How Do They Generate Electricity?

Solar Cells: How Do They Generate Electricity?

Have you asked yourself on why energy companies spend billions of dollars drilling fossil fuels or shoveling coals, when there are renewable energies that can power the whole world, without interruption?

We are destroying our environment that is finite. In fact, there is the wind, the water and the sun that will give us the energy we need. Especially, the sun, which has the biggest nuclear reactor, gives us a solar nuclear-by-product capable to give power to cities and households even for another million of years.

The sun is the best source for sustainable energy. In fact, winds and fossil fuels won’t form if it isn’t because of solar nuclear-by product. If we maximize this superpower, we won’t be paying for high utility costs, that only big corporations will benefit.

And, solar cells are the perfect solution to power Canada in the future. But, before that, let’s define first, what is a solar cell and how do they work? 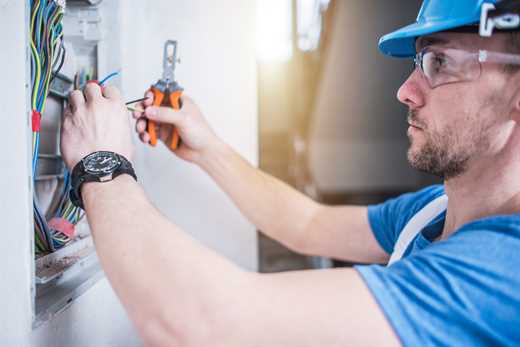 They are an electronic device that turns every sunlight it catches directly into an electricity. Solar cells are small, it’s about the measurement of an adult’s palm. The shape is octagonal and has a bluish black color. To produce more power, solar cells are bundled together to form a larger unit, and they are called solar panels.

Imagine a single solar cell, which is chopped into chips, can power small gadgets like, pocket calculator and digital watches. How much more a group of solar panels? It can surely power the whole house.

So, How Does Solar Cell Works?

A solar cell can generate electricity by using sunlight. The layer of n-type and p-type silicon has electrons in it. N-type silicon is layered on top of the P-type silicon. Let’s see what happens to the electrons when the sunlight hit the surface of the cell.

When the energies are released, the electrons will use them so they could jump up to the n-type silicon, and escape through a connected circuit. The circuit now has full electricity, and it will light the lamp in your house. 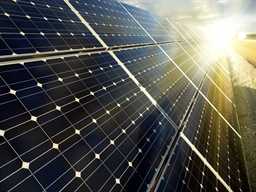 Is the Power Generated by Solar Cells, Enough?

Theoretically speaking, the sun can give us a huge amount of solar power. Think of the sun giving us pure sunlight on a hot, cloudless day, that alone can generate 1000 watts. That’s the theory of solar power generation, in practice, only 100-255 watts (in a cloudless day)per sqm can the sunlight generate.

And, that gives us 2-6 kWh a day of electricity.

But, for ordinary solar cells, we can only say that it’s only 15% efficient. We could say that we really need big solar panels to get more energy from the sunlight. A single cell could only produce 3 to 4 watts. A solar panel with 40 cells could generate 100-300 watts. If we build 3-4 solar modules, that could generate several kilowatts, enough to power up a house.

Get your solar panels to improve the way you live. At Powertec Solar, you are guaranteed to have a high quality solar panels with amazing service from the staff. Call now!