GET A FREE SOLAR ENERGY FEASIBILITY ANALYSIS OF YOUR PROPERTY

Save Money On Your Energy Bill

Due to recent innovations in solar technology, solar power is now an economical and environmentally friendly option for Nunavut residents.

Get a Quick ROI

We can help you size your system to get the fastest possible return on your investment.

Homeowners across Canada are adding solar electric modules to their roofs in order to reduce their environmental footprint and save money on their utility bills.  Many homes produce 20% – 50% of their annual power needs through rooftop solar systems.  This is a green alternative even to hydro-electric which (although cleaner than coal) is devastating to many ecosystems.  Solar electric prices have fallen significantly over the last five years, making this an economically viable solution for homeowners and businesses in Nunavut.

We provide you with a mobile app to track your power production 24 hours/day 7 days/week. Not only that, we will monitor your panels production as well, and if anything isn’t performing properly we’ll schedule a time to come over and get things working how they should be.

Renewable energy and energy independence have become hot-button topics in our society. The need to create efficient energy production systems while mitigating harm the environment is keenly felt throughout the world, and Nunavut is certainly no exception. Since 1947, the average temperature in Nunavut has increased by 2.7 degrees, and thawing permafrost has threatened infrastructure, building foundations, archaeological sites and land-based travel. The unique flora and fauna of the region are also threatened by changes to the climate.

The Quilliq Energy Corporation (QEC) is Nunavut’s sole supplier of energy; it operates 25 independent power grids for each of the territory’s communities. Nunavut is Canada’s largest region; it is, however,  sparsely populated, so creating an interconnected territory-wide grid is not economically feasible. QEC relies almost entirely on diesel fuel imports to run it’s power generators; this is both costly and environmentally unsustainable. The independent grid system is also at risk, because when a power failure occurs it’s impossible to transfer power from another grid to sustain energy supply; QEC relies instead on emergency power generators when things go awry.

The price of importing the fuel to sustain these systems is extremely high, as Nunavummiut who have exceeded the subsidy limit and paid QEC  unsubsidized rates know all too well. The WWF has estimated that an average of $60.5 million dollars worth of subsidy money is used each year to keep the cost of electricity reasonable. The costs of fossil fuel, both in terms of real dollars and in terms of environmental impact seem unfeasible, and reliance on QEC’s power generators can be problematic, so Nunavut must find a sustainable method of producing electricity reliably in it’s independent grids. The solution? Solar panels.

There was a point in time where solar panels would not have been practical in Nunavut; northern regions especially don’t get as much sunlight as older photovoltaic cells required to generate energy. New technologies have increased the capacity of these cells to convert solar power into usable electricity, and panels have recently been installed on Iqaluit’s power plant to reduce dependency on fossil fuels. QEC has also introduced a net metering program, which is one of two great incentives for Nunavummiut to install solar panels. The other incentive comes from the Nunavut Housing Corporation (NHC) in the form of a forgivable loan of up to $15,000 through the Home Renovation Program (HRP) for the costs of installing new energy efficient technologies.

Combining the net metering program with the HRP can generate tremendous savings for Nunavummiut. The net metering program allows you to transfer energy from your solar panels into the grid, and QEC will compensate you for every kilowatt per hour transferred by crediting the amount on your bill. The Government of Canada conducted a study on how much solar energy photovoltaic cells absorb per municipality; on average, a 5 kW solar system in Nunavut will produce 5579 kWh of electricity per year. The average consumption of electricity per capita in Nunavut is 5100 kWh, so a 5 kW system would credit you your entire electrical bill for the year!  After subsidy, power bills are often around 30 cents per kWh; that means savings of around 1530$/year; it can be substantially more if you’re paying unsubsidized rates! Note that in the winter months, you’ll get less solar energy, so the credits will be less substantial; that works out just fine, though. QEC allows you to roll over credits so when you create much more electricity than you consume in a given month, you can use the extra credits next month. That means electricity you produce during the summer can be credited back during the winter, when your energy consumption will be higher!

There’s no doubt that using solar panels can cut your QEC bill down to zero, but the cost of installing them can be a bit intimidating. That’s where the NHC forgivable loan comes in; 15000$ will put take a hefty chunk out of the cost of installing solar panels. There are a few conditions you want to be aware of; first, the subsidy comes in the form of a forgivable loan. Essentially, the loan does not have to be repaid, but for the first five years the full amount of the loan must be paid back if you sell your home. In years six through ten of the loan, the amount “owed” is reduced by 20%, until by the tenth year the loan is considered forgiven. To be eligible, your home must be at least five years old, and you must also conduct another 50000$ worth of renovations; the total amount of the forgivable loan is 65000$, with 50000$ for general renovations and 15000$ for energy efficient renovations. The full terms of the program can be found here.

QEC and NHC officials confirmed that the two subsidies can, in fact, be used in tandem to drastically offset the price of your energy. The NHC incentive only applies to residential installations. Businesses, conversely, can apply for a federal tax incentive, allowing them to deduct renewable expenses as capital costs at a rate of 30-50% per year, depending on the project, which coupled with the net metering program means drastic savings.

The increased use of solar energy in Nunavut will have drastic, lasting and positive implications for the territory and its citizens. Reducing reliance on imported fossil fuels will boost the territory’s independence, and help mitigate the effects of climate change. Citizens with solar panels will be less reliant on grids that have central fault points; solar panels can save lives during hazardous power outages. Adding solar panels to your home is subsidized by the NHC, QEC will credit you for all the power generated, potentially dropping your power bill to zero, and businesses can get tax credits to install panels. There’s no question about it, it’s time for Nunavut to go solar; we’ll be with you every step of the way.

Residential and commercial roof solar panels have been popular in southern states for over a decade, but up until recently the technology wasn’t available to create solar panels that were efficient enough to produce a payoff in northern locations. Over the last 5 years however, solar panels have become more efficient and have decreased in price by over 80% making them a viable and economical solution for Nunavut residents. 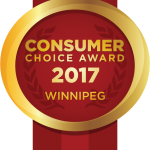